MRMO-STITCH is a Blender shader-based embroidery emulation process that aims to evoke the "feel" of manual cross-stitch embroidery.

It is a Blender scene setup in a way that converts the input texture (images, image sequences or animation) to a configurable canvas with optional background and object-based "stitches" with optional loose fibers.

It works in Eevee and Cycles render engines, and accepts image/video, as well as procedural texture input.

Please note that due to the process using some newer geometry nodes, it was developed and tested on Blender version 3.4, and it requires this version to run properly.

Note: as MRMO-STITCH is Blender material shader- and geometry nodes-based, this process works completely within Blender and can't be used outside of it (e.g. as a shader in various game engines). It is not an add-on, does not require installation, and does not need any other add-ons to function, and it does not provide any new functionality to Blender. It is a process composed of material shader and geometry nodes, combined with an auto-resizing canvas-and-camera scene, and distributed as a .blend file.

The process relies on a single geometry nodes group with exposed property sliders, as well as various drivers to link the geometry, shaders, lights and camera together, and can easily be further reconfigured and customized if needed. 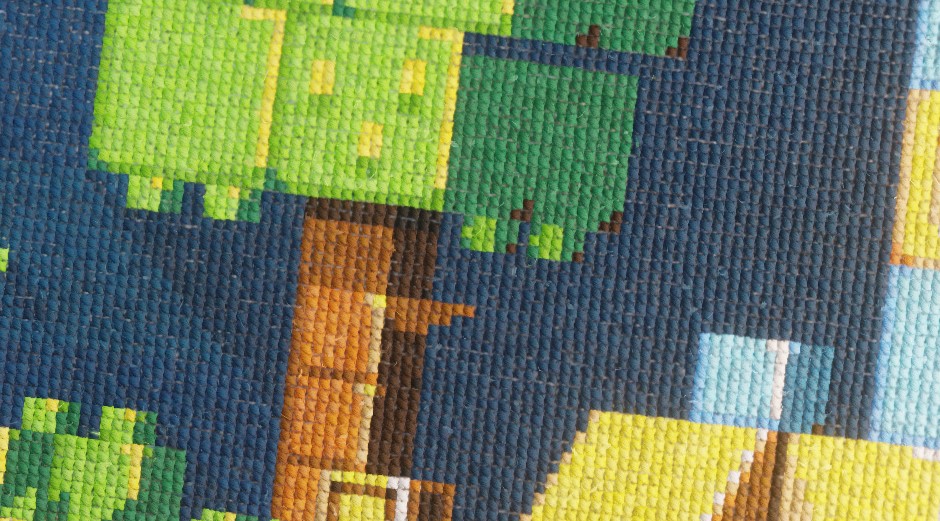 Various properties are exposed in the main geometry nodes properties panel, allowing for easy configuration of the basic parameters, such as customizing the stitch randomness, simulating canvas deformation etc.

Note that due to the complexity of the scene set-up, the process output is soft-locked to a maximum dimension of 128x128 stitches; this limit can easily be altered but is rather taxing on the hardware, so modify the limit with care!

The MRMO-STITCH "Basic" version includes the process in a .blend scene, with basic configuration options.

The optional MRMO-STITCH "Deluxe" version includes the process in a .blend scene, with several more advanced customization options, such as the ability to easily add canvas margins, modify animation settings (setting seed to animate every n frames, setting the number of frames per frame of input animation...), and add procedural stains to the canvas. 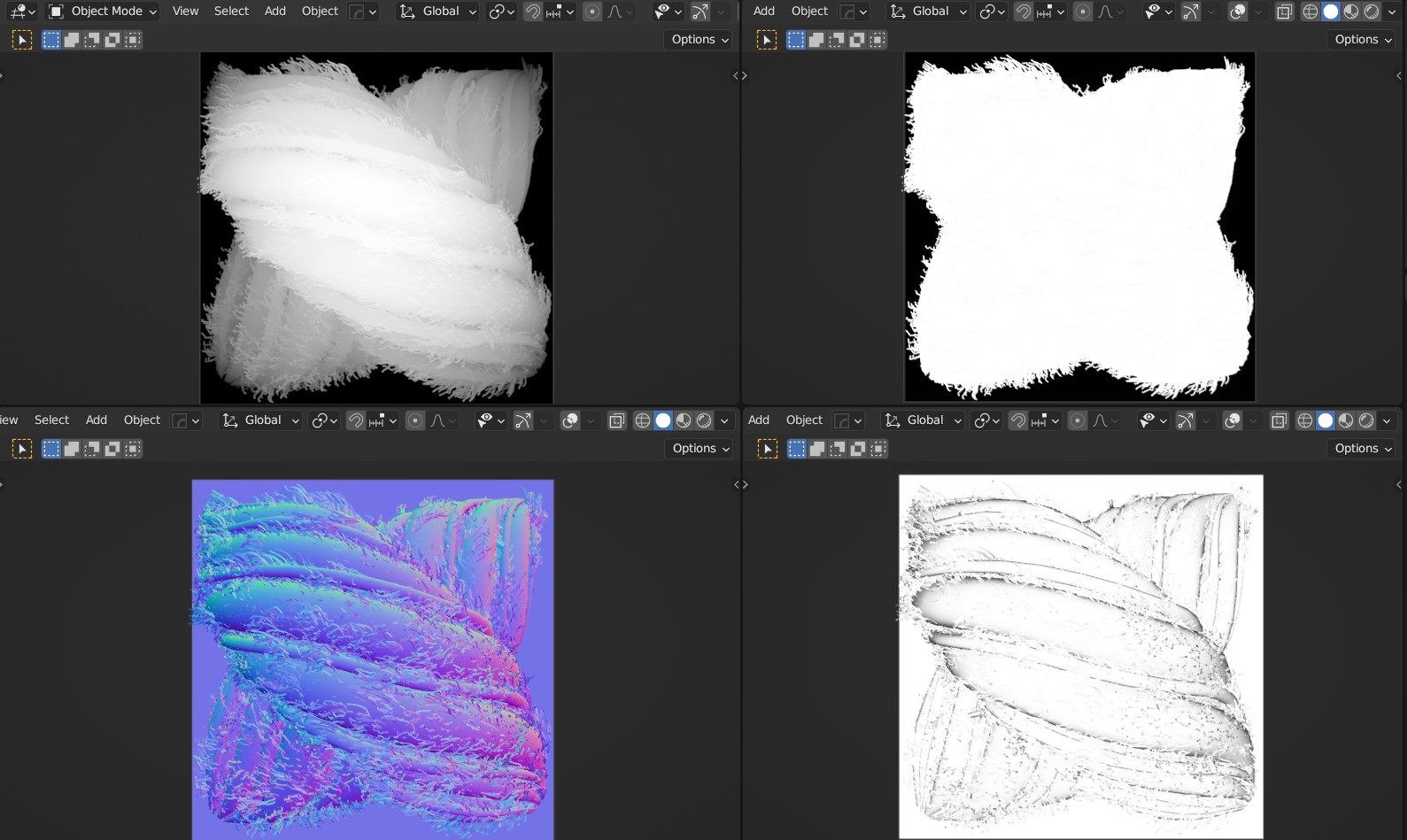 The "Deluxe" version also comes packed with the "stitches workshop", a set-up that was used to create the various textures for the stitch material. This is meant for more advanced Blender users, as it can be used to modify and customize the included stitch material.

MRMO-STITCH is made to be as easy to use as possible, even for people new to Blender, the .blend scene includes a canvas and camera setup that automatically scales to the desired resolution; the only thing necessary to make it work is to plug in an image, set the rendering resolution and percentage, and render the result!

Check out the video demonstrating the basic usage of MRMO-STITCH! (Please enable CC/subtitles for instructions!)

Note: the "Basic" version of the process is and always will be free. The "Deluxe" version is slightly more complex, with extra options, as a paid extra for people who want to support my work, or want to use the process commercially.

"Basic" version license: MRMO-STITCH "Basic" version can be used in non-commercial projects of any kind, excluding those relating to or containing non-fungible tokens ("NFT") or blockchain-related projects. You can modify it to suit your needs. You may not redistribute, or resell it, even if modified. Credit is not necessary, but very much appreciated.

"Deluxe" version license: MRMO-STITCH "Deluxe" version can be used in both non-commercial and commercial projects of any kind, excluding those relating to or containing non-fungible tokens ("NFT") or blockchain-related projects. You can modify it to suit your needs. You may not redistribute, or resell it, even if modified. Credit is not necessary, but very much appreciated. 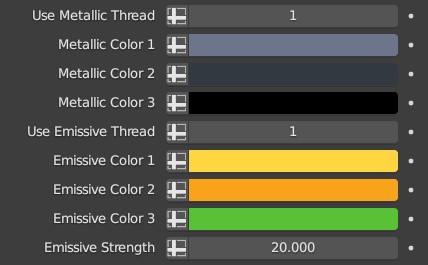 The post-processing compositor process has also been slightly tweaked with a new sharpen method, and its value can be adjusted from the Geometry nodes panel (the Post Render Sharpen option).

I'd love to see what you create using MRMO-STITCH! I'm on Twitter and Mastodon so feel free to show me your work there!

Amazing shader as always! Keep up the great work, I can't wait to see what you make next!

ah if there was a web shader version…

This is amazing. It looks amazing. I can’t wait to use it somewhere, somehow 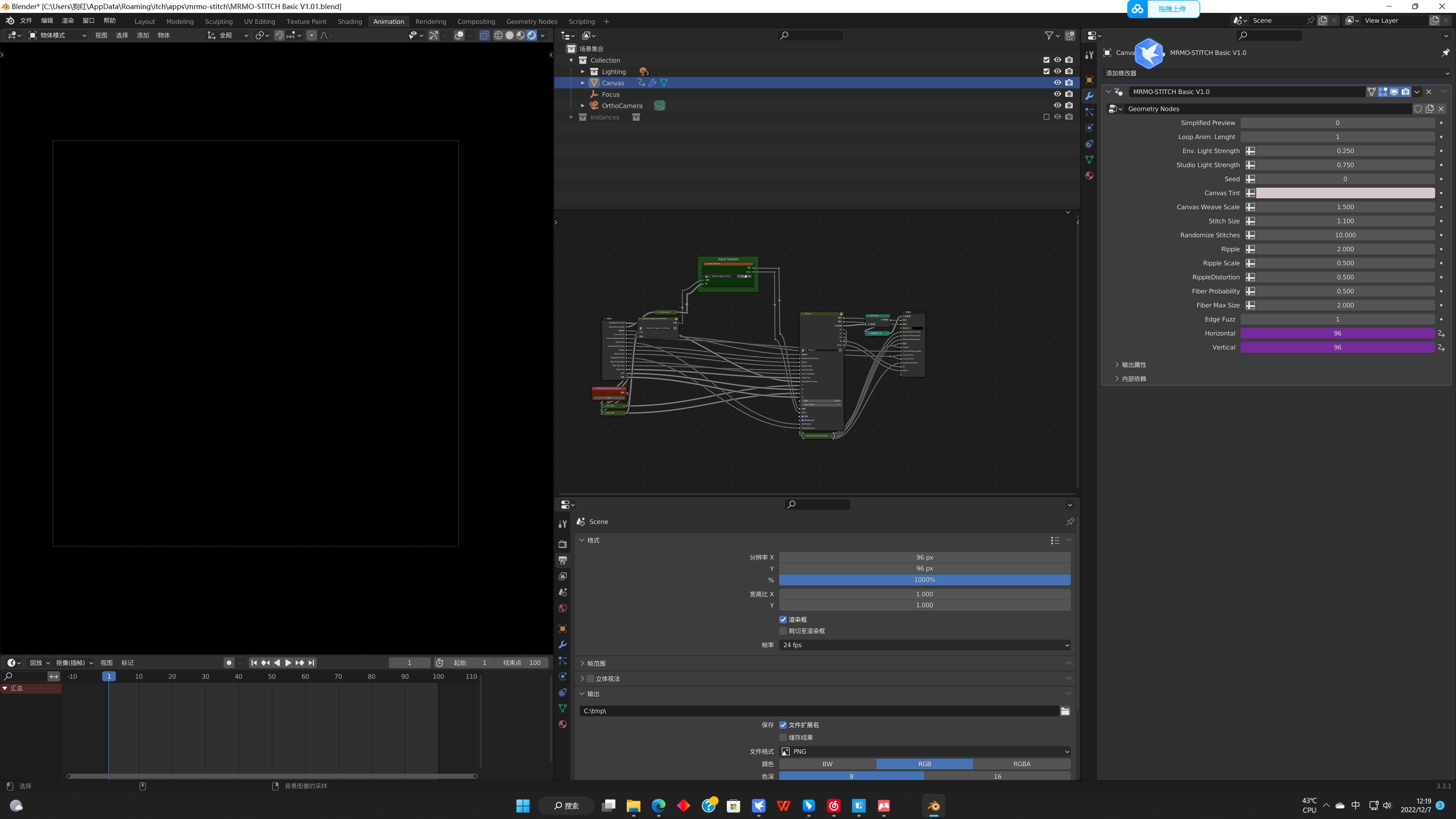 I met some problem. When I open the file and switch to “rendered” view, it's just blank. Did I missed something？

Hey! What version of Blender are you using?

THIS IS SO COOL

I'd love to have such effect in game :)

OMG,Really Genius Tool! I think it would super useful at indie anim 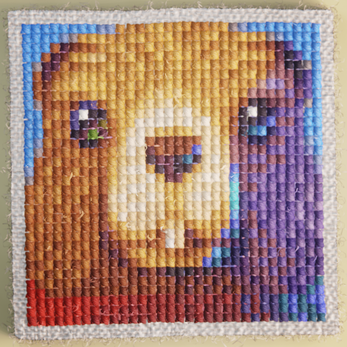 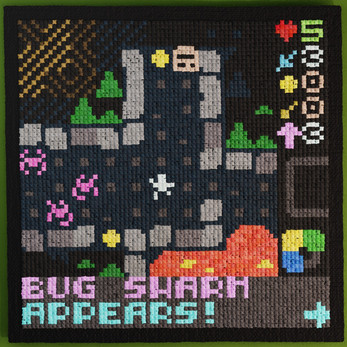 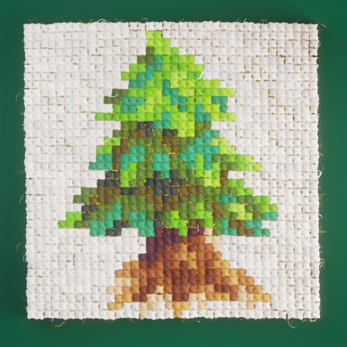 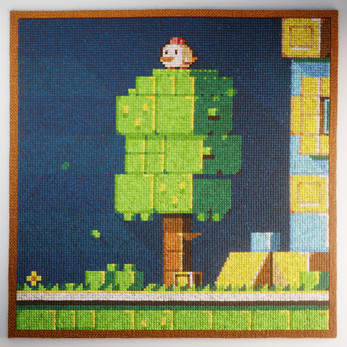 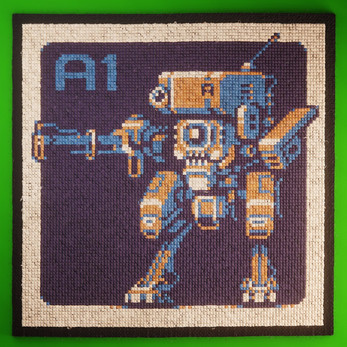 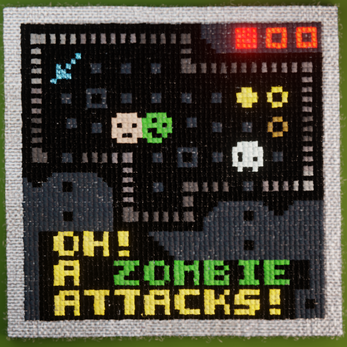 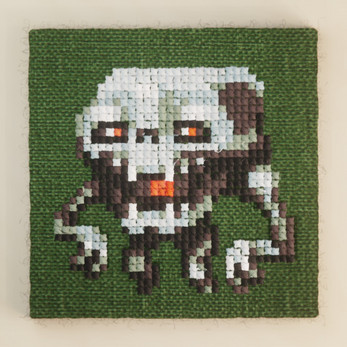